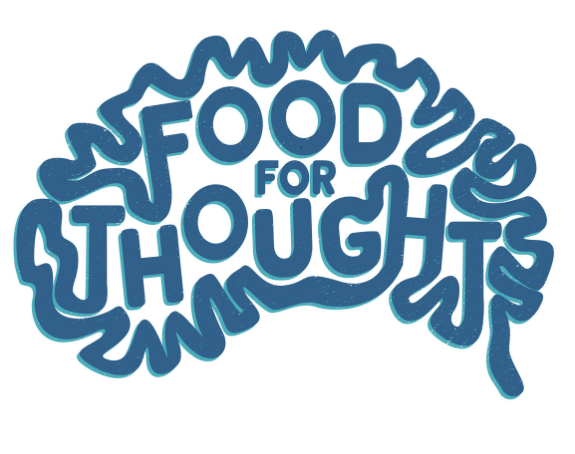 Ideas have been called

To anyone who dares

^ ^^^the words at the start of the book I read my daughters last night, “Little Leaders: Visionary Women Around the World”

It’s a book about different people (women in this case)

Who were perhaps called ‘crazy’, ‘different’, against the norm, or even ‘weird’…

And have as a result…

It is full of stories about different women, like Yayoi Kusama, who made her own art tools after her parents took them away as they didn’t see art as a career

(she is now one of the biggest influencers in her field)…

And it got me thinking…

About how much we are influenced by others..

And the research backs this up:

Which brings me to this study..

suggesting that if you are:


1) Told that ‘the others’ just ate the ‘whole pack of donuts, pizza, and popcorn between them’…you’ll eat more


2) Told that ‘the others’ only ate 2 donuts, 2 slices of pizza, and no popcorn between them’…you’ll eat less

And this is just a reminder that

You may have to be a little bit different at times to get different results..

Whether that is eating better, exercising more or trying to get others to change…

You may experience resistance…

And it is OK if you don’t want that..

That it feels hard…

It will feel hard…

But the alternative can also be hard.

Wouldn’t it be easier to choose the ‘hard’ that is going to give me the results I want?

In how I want to look and feel?

Do you know anyone who has done what you want to do?

Yes or no is fine…

If you are in a position to change,

Why is now the right time and why didn’t you do it before?

^^ write these reasons down, it can do wonders for self awareness and starting to break through sticking points.